Work and family benefits of connectivity

Local resident Allison Slater was frustrated to be paying for a service that wouldn’t allow two people in the house to access the internet at the same time and had moved providers several times. If she was checking her emails or social media, her husband couldn’t and vice versa. They didn’t even bother streaming TV or downloading large files.

Allison is a charity worker, so when lockdown was initially implemented in March 2020 she would decamp to her car in search of a working signal. This was generally the local McDonald’s car park where a stable wifi connection was available.

By chance, during discussions with neighbours, she heard about a broadband scheme being delivered by local broadband provider, Airfibre Ltd. Allison was relieved to find out that a connection could be made simply and cost-effectively through government subsidy from the Gigabit Broadband Voucher Scheme.

She said: “Airfibre organised all the paperwork on my behalf and I simply confirmed on the DCMS website that I was applying for a residential voucher for £1,500. I had to pay an additional £300 for the work which involved some equipment being sited on the top of a pole at the side of the house with fibre cables coming directly into the property but the difference is transformational.”

Allison’s work with vulnerable people can now be undertaken from the comfort of her own home via face-to-face appointments via Zoom or Teams, online training programmes delivered electronically and meetings with funders on-line.

The change has also meant that Allison’s husband, Iain, was able to switch to homeworking in April with all the benefits of minimised travel. The internet costs have increased from £28 to £48 a month but it’s a price that they both feel is well worth paying.

Allison adds: “The difference is chalk and cheese. We’ve gone from as low as 1.8 Mbps to more than 30 Mbps download speed which has brought modern technology to our fingertips.” 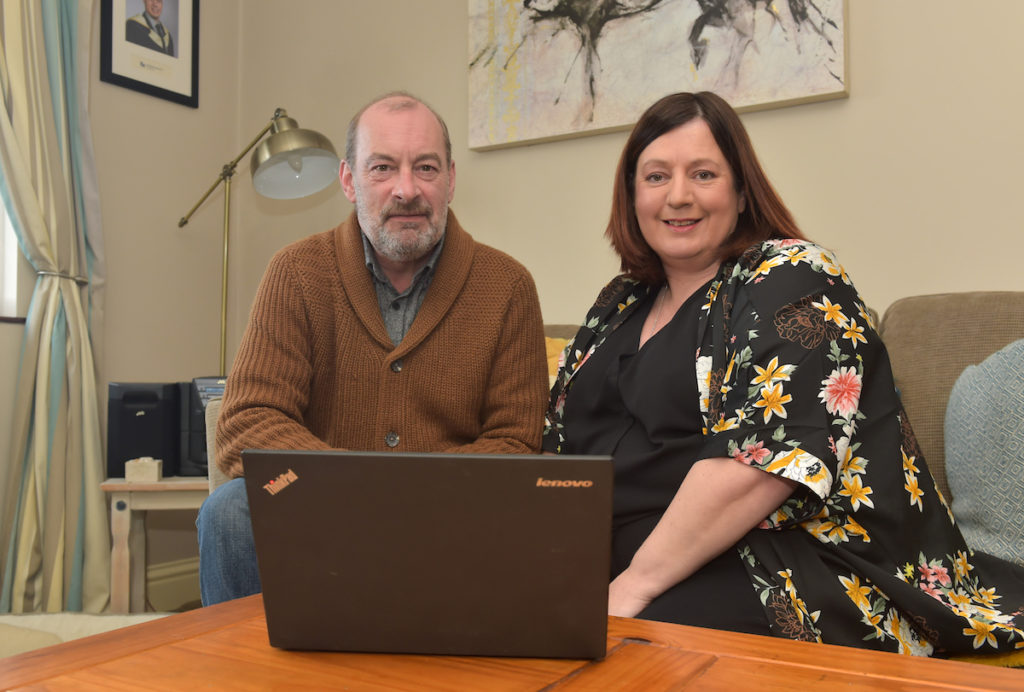